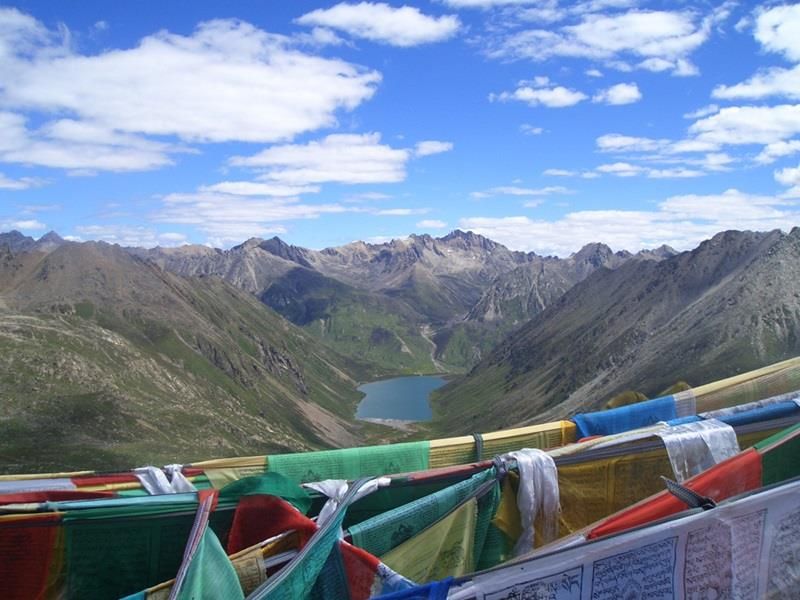 Lhamo Latso Lake Trekking is unexplored trekking, which has its beauty as a remote area. However, based on its prominent religious value in Buddhism of Tibet, more than hundreds of people in Tibet plan for their religious tours and pilgrimage to the famous Oracle lake named Lhamo Lhatso on a yearly basis.

Here, the thrilling trip goes through Yarlung, the historical capital city belonging to the southern Tibet region, and with the visit of the first monastery of Buddhists and the first palace of the Tibetan King in the fertile valley of Tibet.

Later on, we will move ahead to remote village areas and in approximately 5 days of our trek, we will trek across various photogenic villages and nomadic pastures. In fact, we will cross large numbers of mountain passes, which are beyond 5,000 meters, and stunning lakes belonging to the alpine valley.

Later on, the trail will go through various historical monasteries, and finally, we will go for a steep climb on the ridge that starts from the monastery of Choker Gyal that takes us to a popular spot remarked with many prayer flags from the ridge of about 5250meters height. Now, we will be able to get a picturesque view of the visionary lake named Lhamo Lhatse Lake that goes down the basin valley. Thus, the pilgrimage lets you view various high snow mountains, famous monasteries, seldom visited hermitages in caves, and the sacred Lhatse Lake. 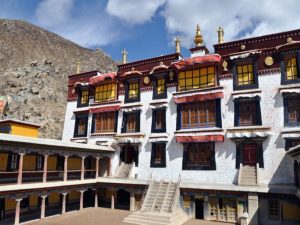 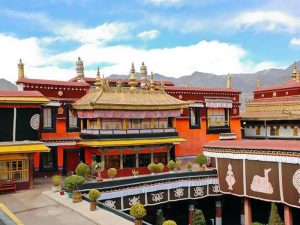 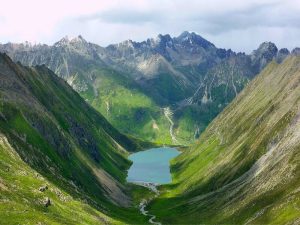 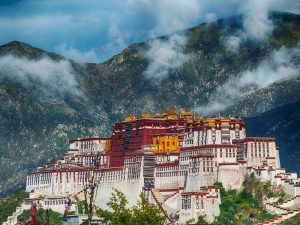 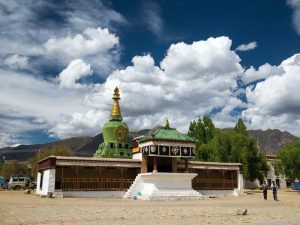 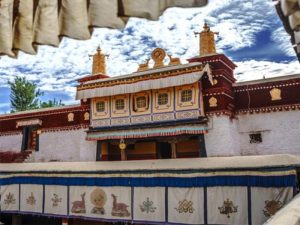 Our guide will receive you in Lhasa and take you to the nearby hotel, where you will have a rest and acclimatization over the night.

Our team will take you to the sightseeing tour at Lhasa for both 2nd and 3rd day of our trip. During this time, you will be able to visit many highlights at Lhasa. These include Sera and Drepung Monasteries, Potala Palace, Barkhor Street and Jorkhang Temple.

We will start our tour for the day by driving across the Yarlungdzanbo River bank and before reaching Tsedand, we will go by a ferry. Later on, we will take some local transport to reach the Samye Monastery, the first monastery of Buddhists in Tibet.

Now, we will start our trek to the Olka Valley and while passing through the route, we will come across large numbers of hot springs and visit a few of the popular Gelugpa Sect monasteries, like Chosang and Cholung monasteries.

Today, you will experience a long day trekking tour to reach at Amando. During the entire trail, you will come across large numbers of nomadic encampments on your way.

Starting from your trek at Amando, you have to walk for about a half hour to reach Gyelung-la located at 5180m and follow 4 hours trek to the Chokorgyel Monastery established by Dalai Lama 2 and the Gendan Gyatso.

Day 08: Trip to the Holy Vision Lake of Lhamo Lhatso.

We will finally accomplish our trip to the holy Lhamo Lhatso Lake. Every Panchen Lamas and Dalai Lamas had arrived here at least for one time in their entire life to get a vision of their upcoming incarnation.

Day 09 & 10: Return Journey to Chokorgyel Monastery and then to Tsedang.

For ninth and tenth day of our trekking tour, we will have our return journey to the Chokorgyel Monastery and later on, reach at Tsedang.

Day 11: Tour to Explore the beauties of Tsedang.

Today, our team will let to explore nature’s beauty in nearby areas of Tsedand. Particularly, you will visit Tibet’s first building, i.e. Tibet-Yambulakhang Palace and the Tradruk Temple. Along with this, you will be able to visit the tombs built by Kings of Tibet in the Chongye Valley.

Day 12: Depart from Tsedang to reach at Lhasa.

Finally, our team will let you depart from Tsedang and drop you at the Lhasa airport. 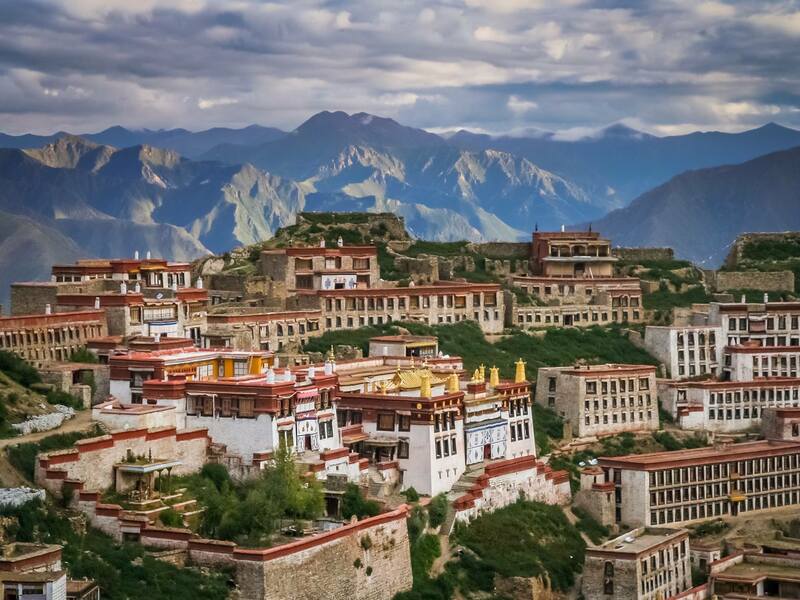 Ganden – Samye Valley Trek is one of the popular trekking tour routes for travelers in Tibet. The complete trail allows you to cross a few of the beautiful alpine trees, lakes, 2 mountain passes and gives you a glimpse of nomad life. 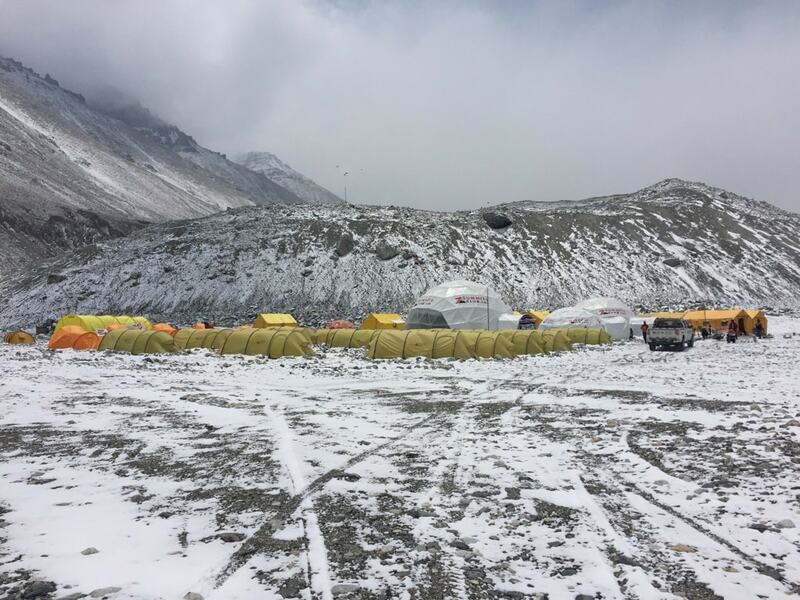 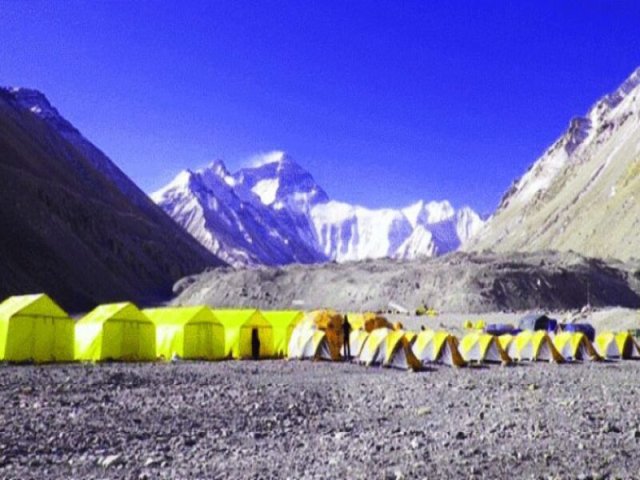 Everest Advanced Base Camp Trekking takes you to the most stunning and unexplored northern face of the Himalayas. It can be the best trekking experience of your life going through the amazing peaks of the Himalayas giving you a wonderful view from the top.