Everest Base Camp(EBC) is located at 5,364m on the lap of Khumbu glacier. The most famous Himalayan Trekking Site of whole world is facing significance threat from global warming and human activities and solution is to shift Everest Base Camp. Hundreds of climbers and trekkers visit EBC Every year maximum at spring climbing season.

Nepal intends to shift Everest base camp due to …

The increasing number of human activity on the base camp resulted in producing around 4,000 liters  of urine at the base camp every day, the massive amount of fuels like kerosene and gas we burn there for cooking and warming will definitely have impacts on the glacier’s ice which is contributing this problem.

Kishor Adhikari of the Nepali army said that they surprisingly saw crevasses appearing overnight at places where they slept who was there for clean-up campaign at spring season which last for 3 months usually from March to May or end of the June.

According to Mr Watson said the glacier was losing 9.5 million cubic meters of water per year.

Tshering Tenzing Sherpa, Everest base camp manager with the Sagarmatha Pollution Control Committee (SPCC), report it is quite risky at base camp due to increasing number of cracks on the ground they could have fallen into them .

Loud noises could also frequently be heard, he said, caused by the ice moving or rocks falling. He added that before putting up a tent at base camp it was necessary to flatten the rocky surface covering the ice, and to repeat this from time to time as the glacier moved.

Due to increasing human activity and and melting of glaciers Nepal is planning on shifting Everest Base camp . 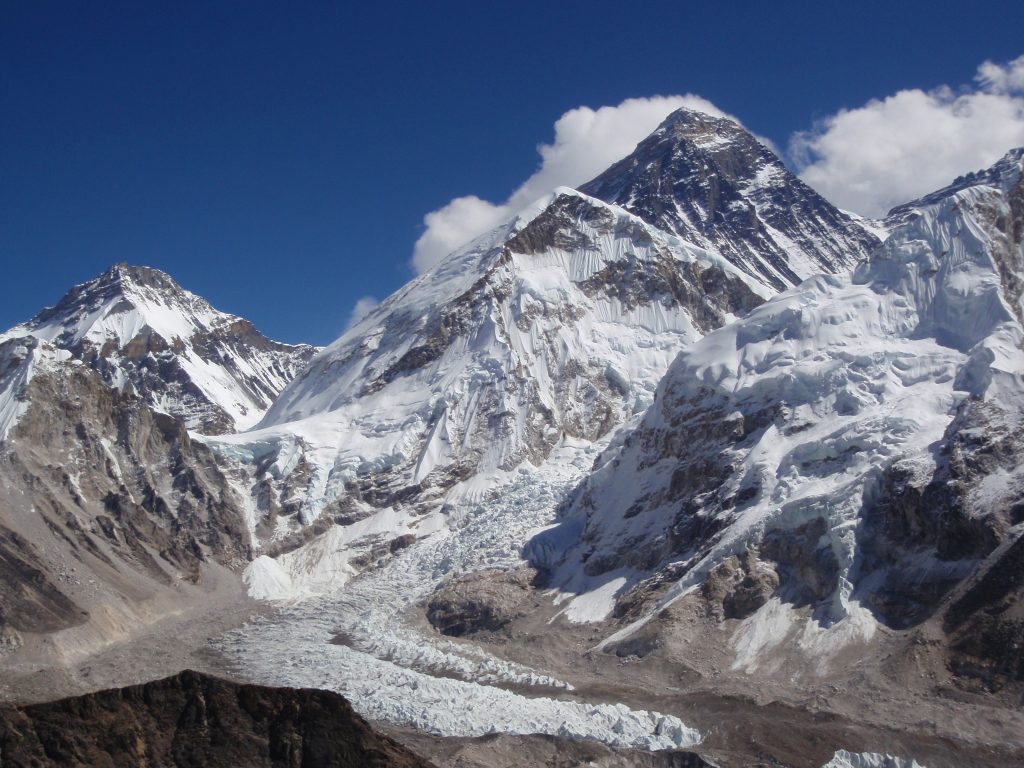 Where and When will relocation happen..

As by the officials a new site is to be found at a lower altitude where the place will meet all the conditions of a committee formed by Nepal’s government to facilitate and monitor mountaineering in the Everest region.

“We are now preparing for the relocation and we will soon begin consultation with all stakeholders,” Taranath Adhikari said.

The camp will be 200-400 m lower from the present base camp. The distance from base camp to camp 1 will increase which may effect Everest region trekkers and climbers .

“We will relocate base camp only after discussing with all quarters” said Mr. Adhikari including local communities considering other aspects like culture.

Nepali officials say the move may happen by 2024.